A CELEBRATION OF NON-CONFORMITY AND DIVERSITY 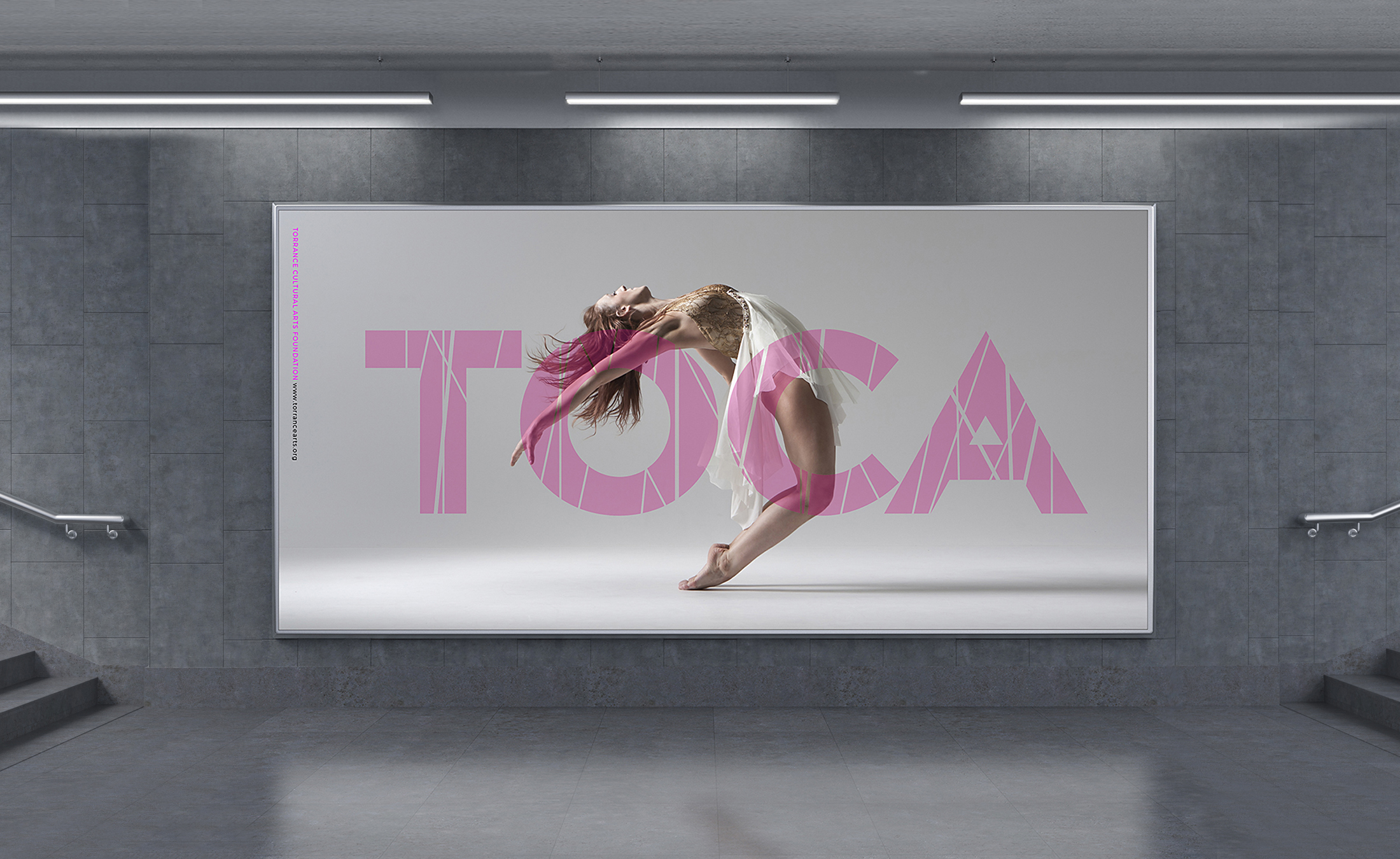 A celebration of non-conformity and diversity.

Prior to the new identity the Torrance Cultural Arts Foundation was commonly known as TCAF.   There was a need to distance the Torrance Cultural Arts Foundation from abbreviations and ambiguity to create a word that would become synonymous with the city of Torrance and the Arts.  TOCA became the rally point that blended the line between abreviation and word.  It allowed the foundation to be paired among the likes of institutions such as MoMA and trendy areas such as Soho and Weho.

A celebration of nonconformity and diversity, the new logo is composed of dramatic angles and shapes coming together to create a cohesive image that brings together the varying facets of the Arts.  The lines are also representative of spotlights that highlight performers while on stage and address a multi layered focus on diversity within the arts.  The letters, large and bold, create a dramatic statement that, like the artists themselves, doesn’t fear standing out from the crowd.  In short, the logo is designed to be as dynamic, bold and diverse as the Arts. 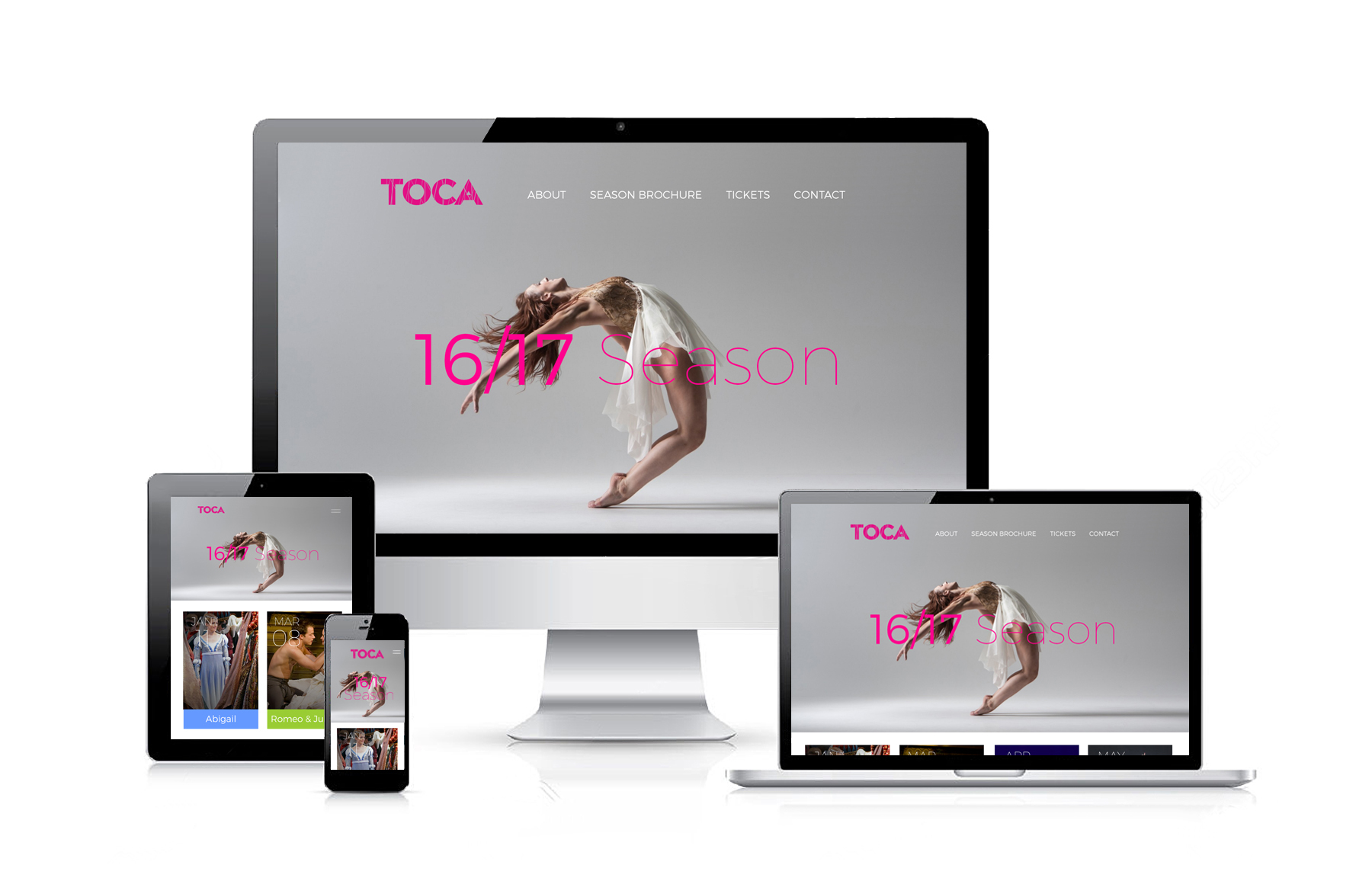 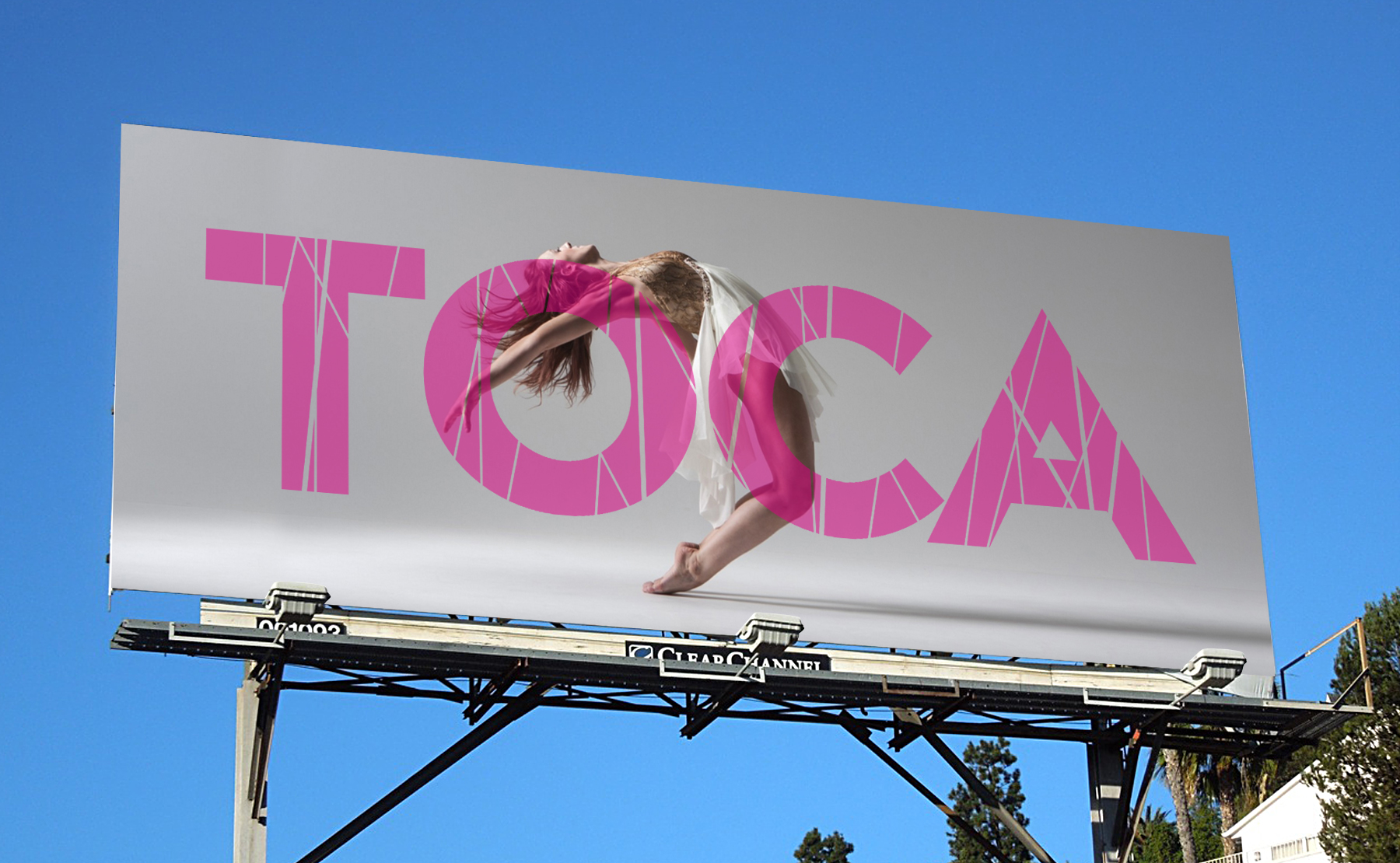 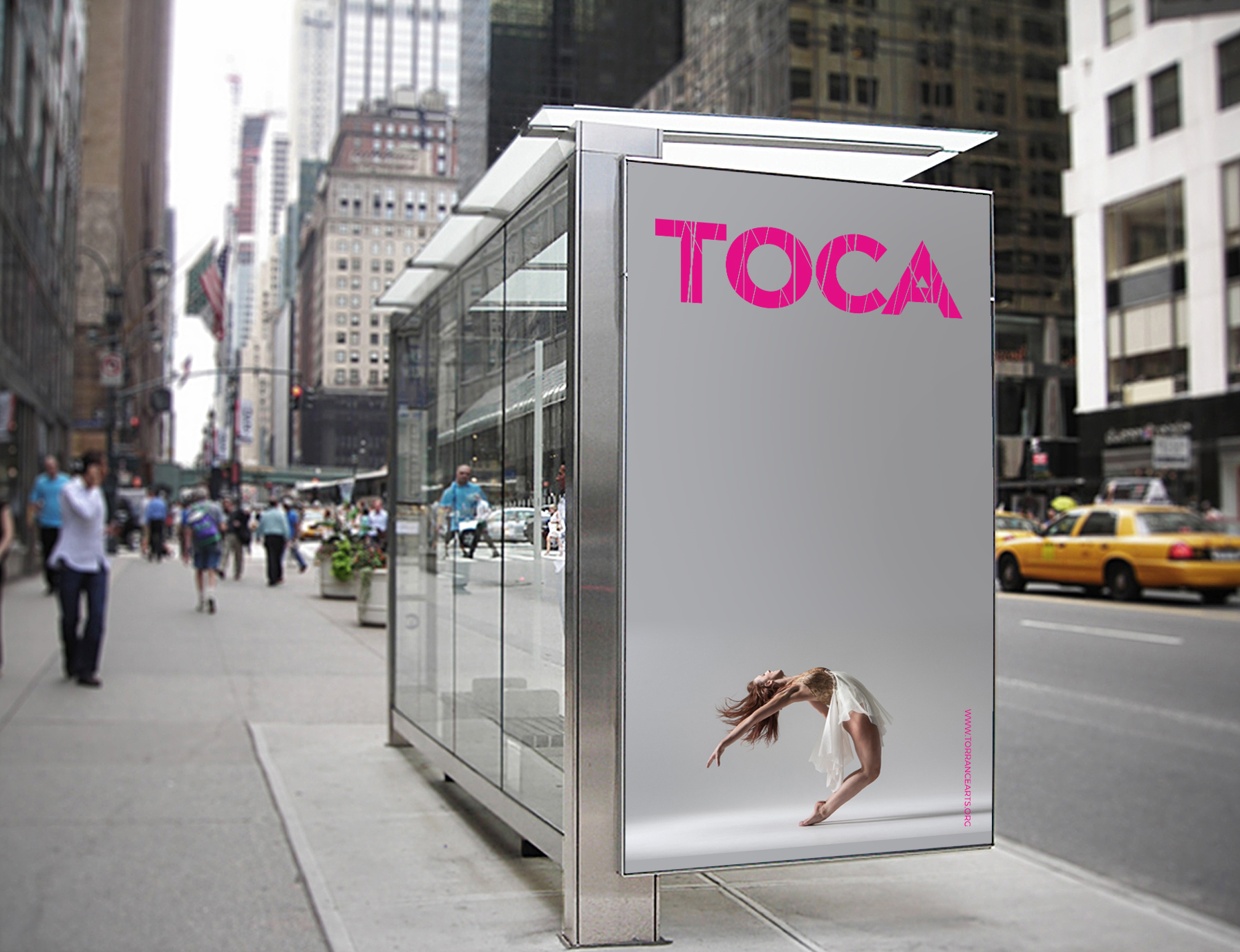 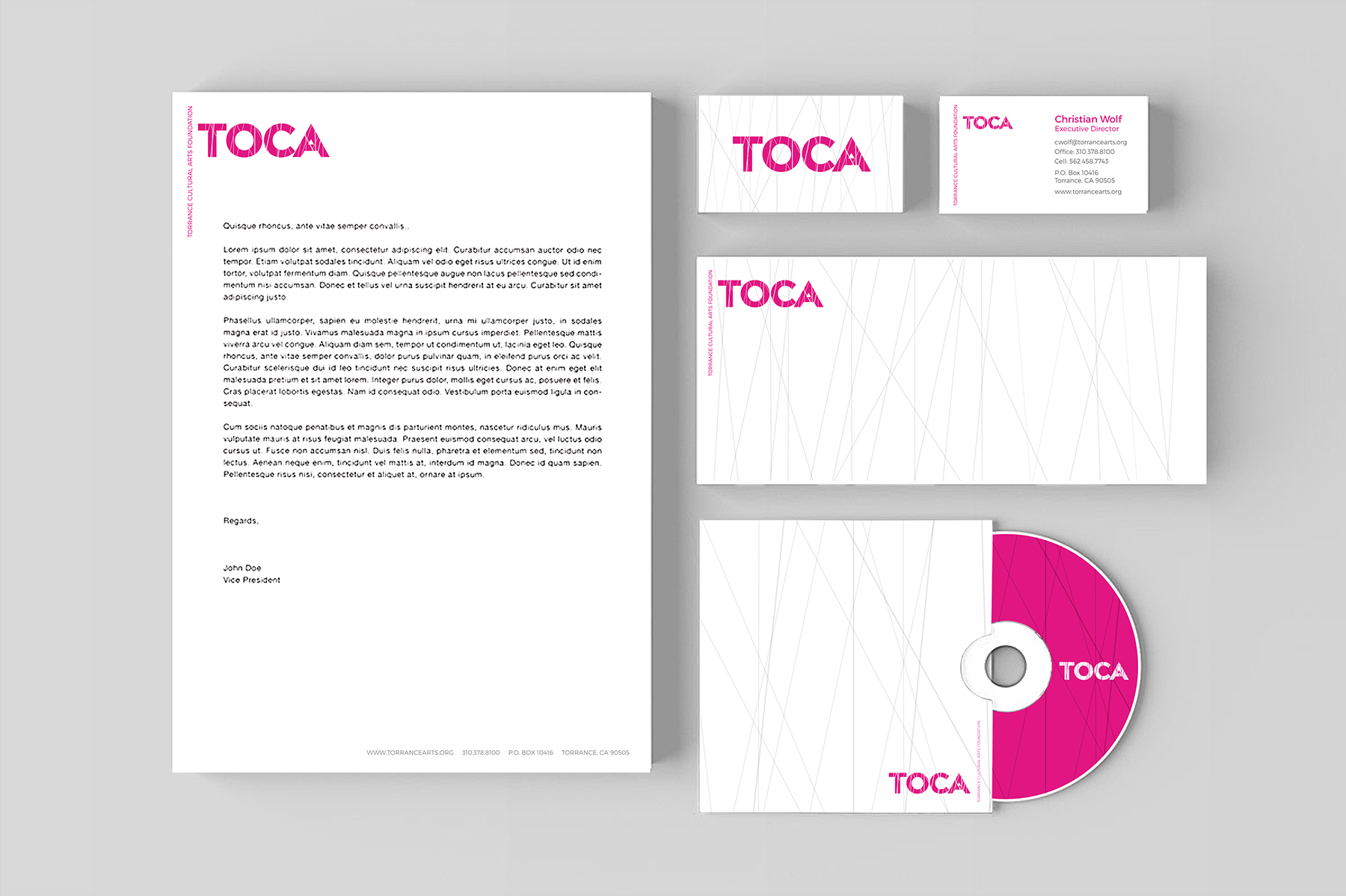