The Science of Touch 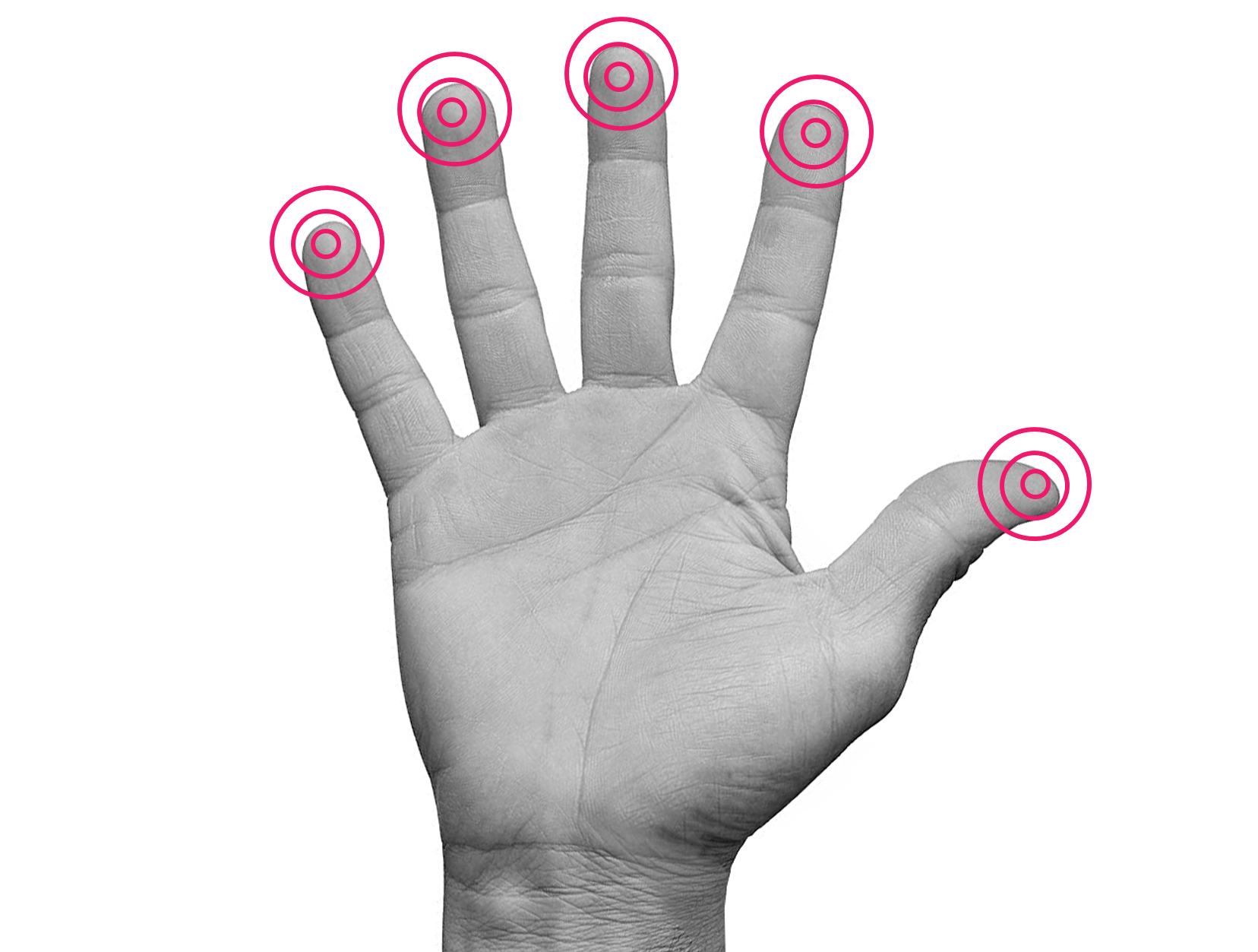 “Of our five senses, touch is one of the most important. It dictates how we perceive the world around us, influencing emotion and decision making……Touch triggers a reaction. We begin to feel like we own whatever is in our hands, and research shows that makes us value it more.”

There is resistance towards “technological intangibility”. The power of touch is something that cannot be overstated. Our world is becoming increasingly digital; with technology getting smaller and smaller, there is less of a need for physical products.

But there has been a resurgence in the physicality of products as seen in the rise of popularity with vinyl records despite the ability to purchase digital music. There is an emotional connection between the vinyl album and the listener that just doesn’t exist through digital music. It could be the intimacy between the listener and their favorite band, or just as simple as the physical ownership of their personal music collection.

Much like the Aria headphones designed at Ashcraft Design, we used the physical nature of the materials to create an instant emotional connection between listener and their favorite band. Aria is a pair of eco-friendly headphones dedicated to the audiophile (seen below). The head band of the Aria headphones is wrapped in wood reclaimed from the acoustic guitars of famous musicians. The satin spun finished ear cups are made from recycled aluminum from aluminum cans found at different shows and venues. The quilted leather surrounding the ear cups and the lining come from reclaimed bags, jackets and other articles of clothing from these musicians. Initially, Aria was designed to be a limited production run (due to the scarcity of musicians guitars and clothing) that would be auctioned off and the proceeds given to a charity such as one dedicated to raising the awareness about the importance of music as a part of a child’s education. The limited production run will be followed by a full production run of the Aria headphones with mass production ready sustainable materials such as bamboo, recycled aluminum and plastics but not the actual items from musicians. The materials weave a story between the consumer and the product that resonates deeply within them. 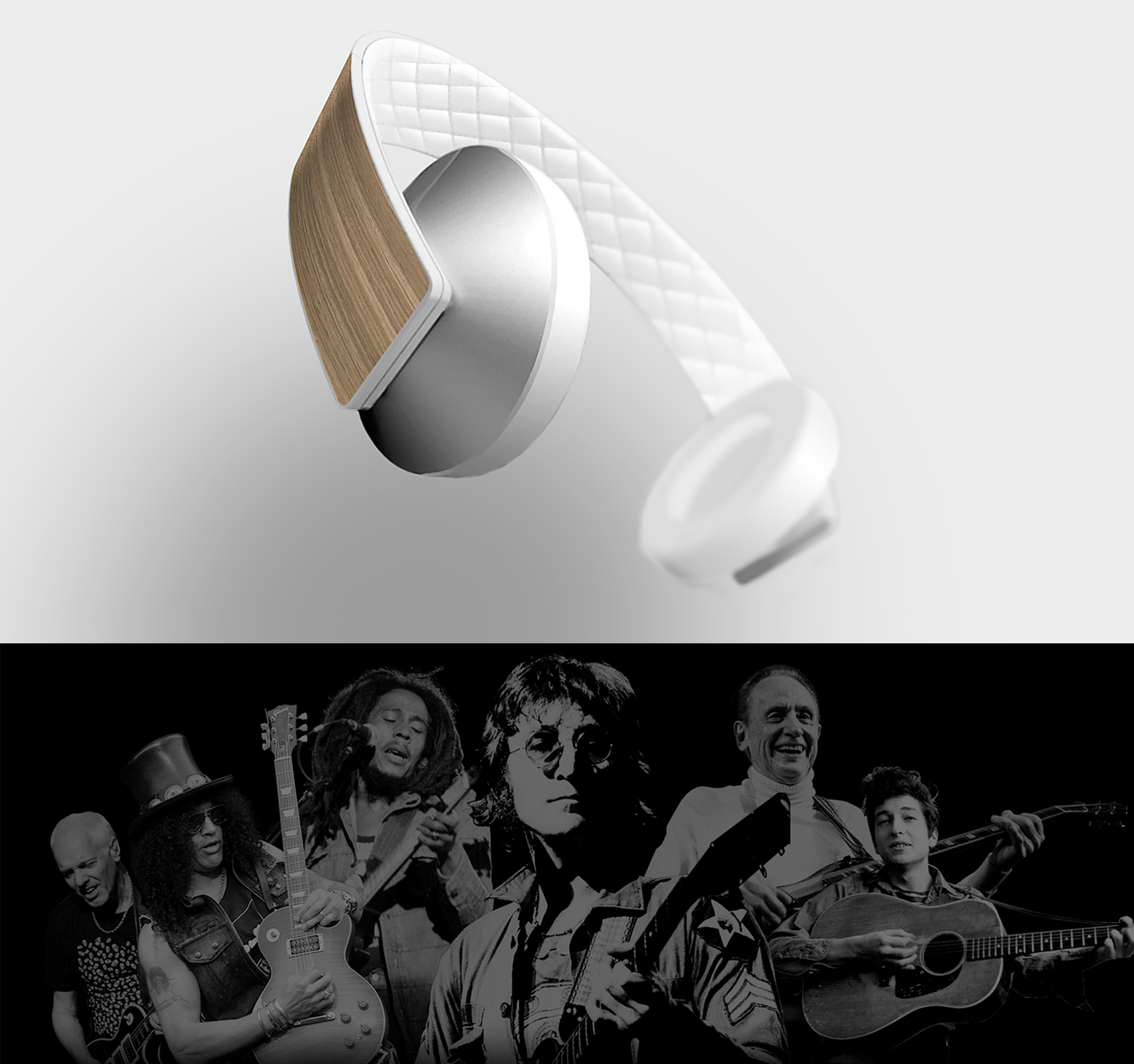 Brands need to rediscover the importance of human touch and the impact it has on their customer. The tactility of a product engages a customers senses. The nuance of that tactility is important when creating a product. It can either be through form, texture, or material. These details elevate a product,  provoke curiosity and create emotional connections. These connections can occur through the meaning a material has to an individual or purely just because of the tactile nature of the material.

“When companies create high-quality [products] that people want to keep, the messaging becomes a part of a customer’s daily life. This contact builds a strong emotional connection between customer and brand—one that customers become loyal to, and that keeps them interested in seeing more.

How does your business use touch to create products that engage?

At Ashcraft Design we understand how to create tactile products experiences to engage your consumer. As designers it is important to communicate ideas as well as certain feelings and emotions to consumers. The correct use of form, texture, details, and materials to bring depth and physicality to a product all come together to impact your companies sales and business growth. The key is being able to interpret what the market is telling us and then leverage that information to create immersive design solutions that connect with your customers.

Our approach to design drives new growth, brings you new customers, and helps your company grow profitability. These solutions create products, brands, and experiences that move people to action. We give you the strategic thinking, creativity, and innovation that are pivotal to your success.  Contact us to see how we can work together to grow your business and brand.